Lord Krishna is the one who weaved the whole nation into the thread of unity, equality, and brotherhood, said chairman of Editorial Board of Lokmat Media and former member of Rajya Sabha Vijay Darda.

Darda said that Krishna does not belong to any one religion. He belongs to all sects and cults. He belongs to the entire nation. His personality is reflected in the spiritual, cultural, and material progress of the country, he said.

“When we were young, we used to participate in Dahi Handi festival with great zeal. It fills minds and hearts with energy even today,” he said adding that the Dahi Handi festival organised by the Rani Laxmibai Durga Utsav Mandal symbolises this energy.

“This programme is a celebration of humanity. The spirit of humanity pervades through this programme, that’s why I always come here,” he said. Poonam Khandelwal conducted the programme. 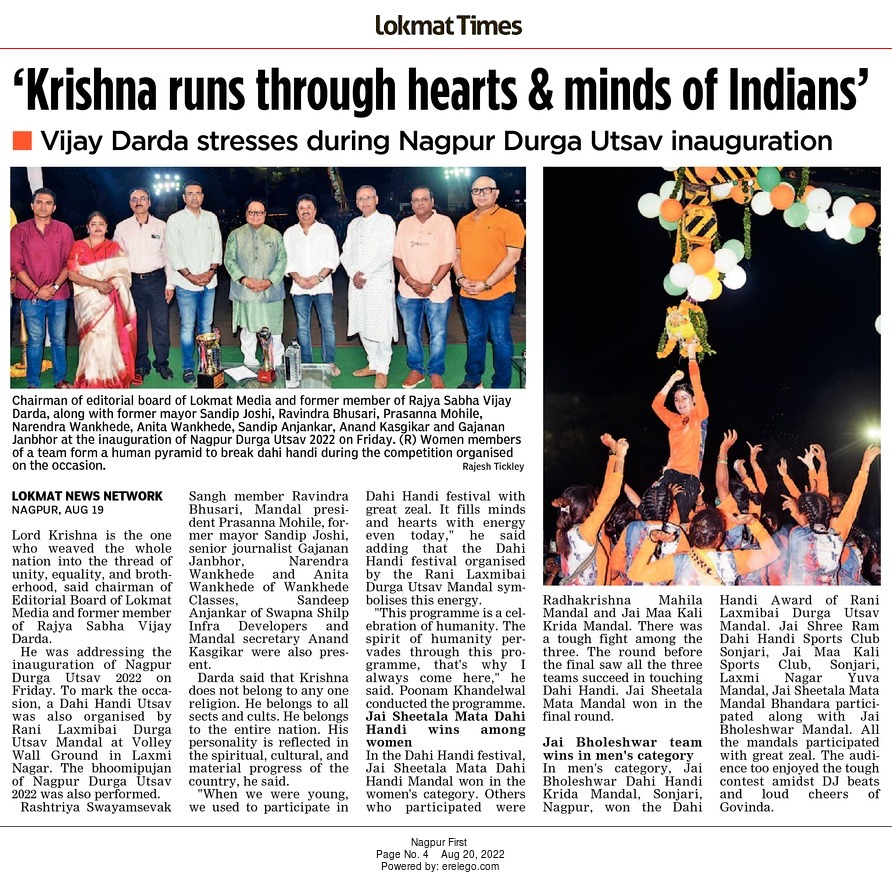