Similarly, Padma Shri Dr Smita Kolhe of Amravati was honoured for social work, Minatai Jagdhane of Ahmednagar for her work in education sector, Mohini Bhoge of Solapur for bravery, Dr Tara Maheshwari of Akola for her contribution to healthcare sector, Rashmi Kulkarni of Nagpur for her contribution to business and industry and noted singer Ragini Kamtikar of Nashik for her contribution to the field of culture. They were all honoured with the Lokmat Sakhi Samman Awards at the hands of Maharashtra energy minister and district guardian minister Nitin Raut and chairman of editorial board of Lokmat Media and former member of Rajya Sabha Vijay Darda.

Financial literacy must along with women empowerment: Vijay Darda

Women have achieved success in various fields through hard work and strong will power. Every woman has a new hope. We are making efforts to fulfil them through the Lokmat Women Summit. In the coming days, along with women empowerment, making them financially literate and educating them on savings would be our aim, said chairman of editorial board of Lokmat Media and former member of Rajya Sabha Vijay Darda. “Lokmat had coined the slogan ‘Beti Bachao, Beti Padhao’ in its 2011 Women Summit. In 2015, the Central government took concrete steps to implement it. We have also highlighted the problems of working women, their struggles, etc. Large number of girls are still deprived of education and one should not discriminate against them,” he said.

Women should support and respect each other: Usha Kakade

Traditionally, women have proved their mettle in every sphere of human activity. They have the strength to shape the world. Now women should take the initiative to empower others. Women should support and respect each other, appealed Usha Kakade, president of Gravittus Foundation. She stressed the need to think introspectively about whether women still enjoy equal rights in society, what is their place in the decision-making process at home, and whether they are really independent. She expressed the hope that this ninth edition, which is taking place in Nagpur, will be a place of honour for women across the country. She mentioned the work done by the late Jyotsna Darda for women empowerment through ‘Sakhi Manch’.

Ragini Kamtikar thanks in a musical way

Mothers tell their young daughters about Cinderella being sought through her glass sandal. Now you should not tell girls about glass sandals but about the glass ceilings that still exist in our society, stated Principal Secretary of Department of Environment and Protocol Manisha Mhaiskar. Past has gone away while nobody has seen the future. Therefore, you should learn to live for the present, she said. Mhaiskar told about her good and bad experiences during her IAS days.

She regretted that women were judged subjectively on the basis of their working style. Women have proved to be good administrators through their work, she added. 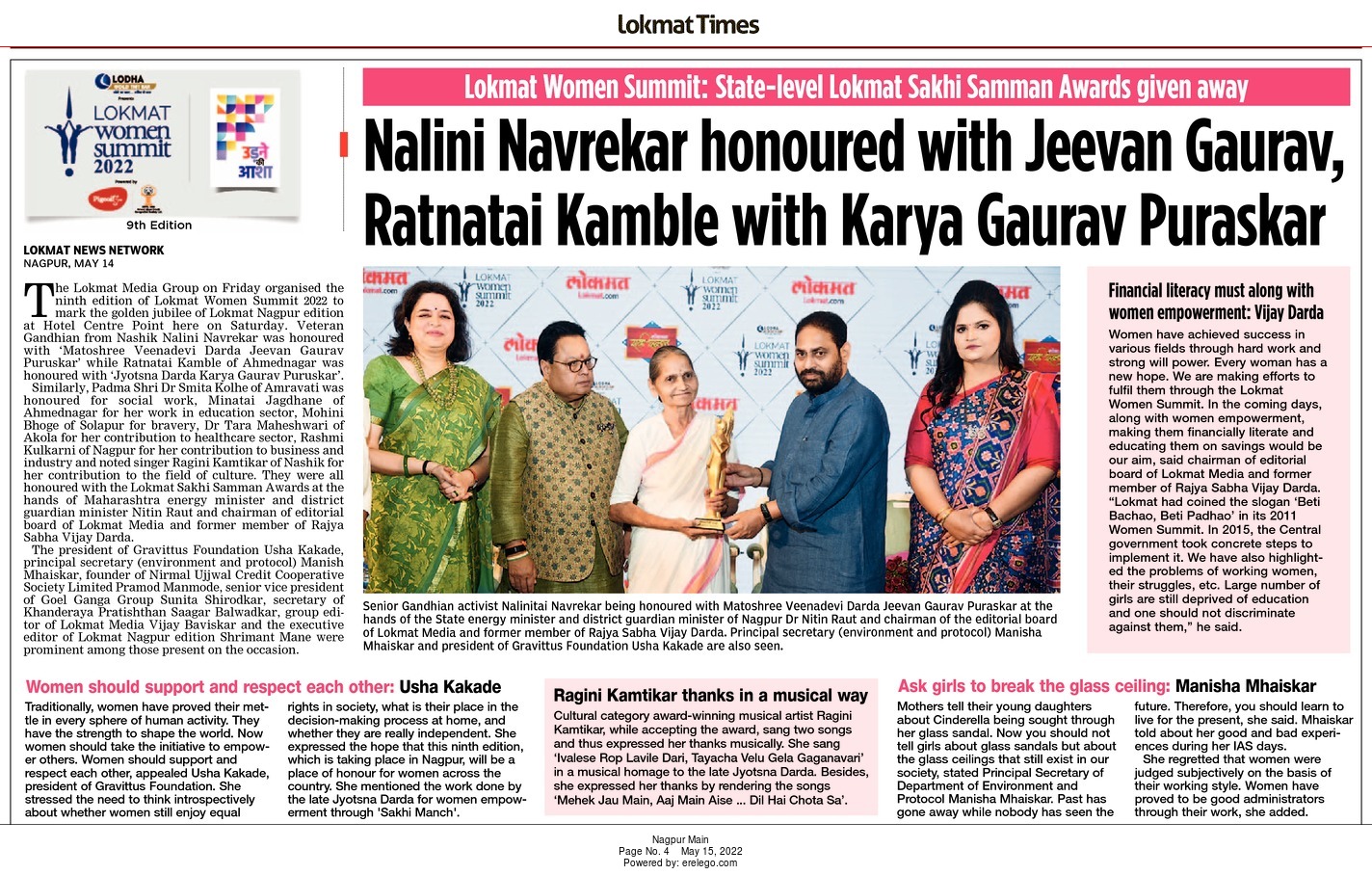 Liechtenstein, a new hope for the world!