The prestigious awards are given annually to the best members of parliament in eight different categories (four each from Lok Sabha and Rajya Sabha) for their outstanding contribution.

The other jury members former Union minister Ghulam Nabi Azad, Trinamool Congress MP Saugata Roy and former chief election commissioner S Y Qureshi, could not attend the meeting due to other engagements, while another member of the jury board BJD MP Bhartruhari Mahtab, recused himself from the selection process as he was also a nominee.

The jury examined the parliamentary contributions of all MPs for the years 2020 and 2021 to select the winners. Lokmat Parliamentary Awards were instituted in 2017 to recognize and encourage the constructive work MPs do throughout the year. In 2017, 2018 and 2019, the best members of Parliament were awarded at the hands of Vice-President M Venkaiah Naidu. The awards remained suspended for the last two years due to Covid-19 pandemic. 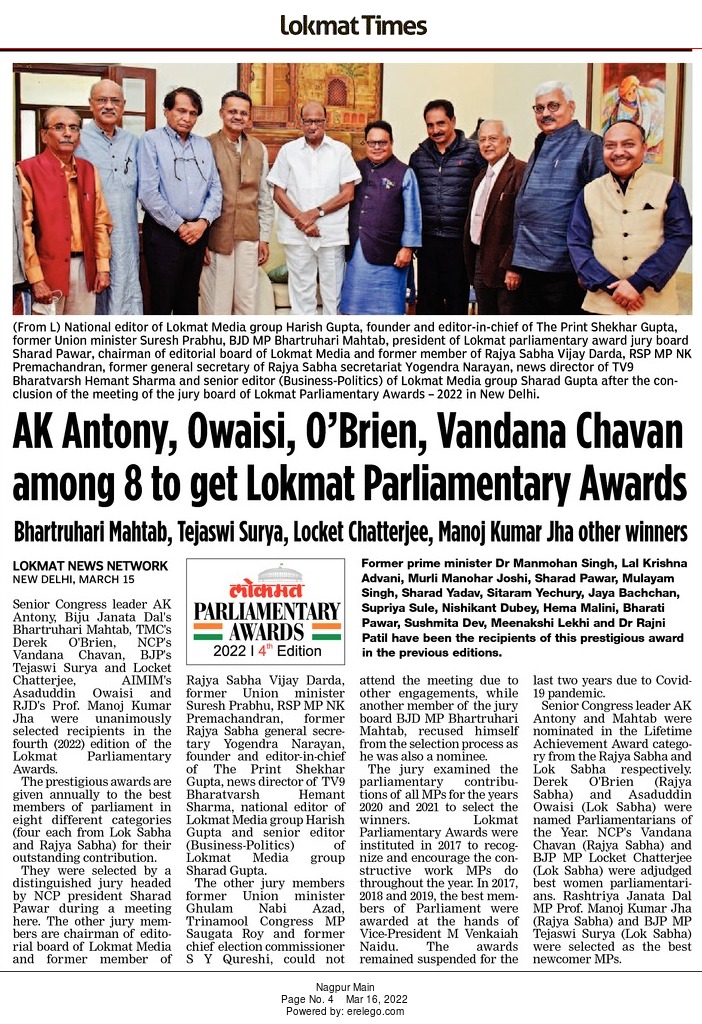 Why not one election when nation is one?