Committed to carry on legacy of sacrifice, dedication on Matoshree Veenadevi

“My brother and I along with our family feel safe, happy and satisfied in the universe created by our mother by virtue of sacrifice, dedication and faith. Both, my brother and I have sought forgiveness in the presence of our mother for the mistakes which might have been committed by us, knowingly or unknowingly. We have resolved that while treading the path shown by our mother, we will not deviate from it even for a moment,” said the chairman of editorial board of Lokmat Media and former member of Rajya Sabha Vijay Darda.

On this occasion, the flute played by Shubham Udawant cast a spell on the audience. Dr Rahul Ekbote and Aparna Shelar and her associates presented a devotional programme. The programme concluded with the musical melody ‘Swaranjali’ which added to the spiritual ambience. 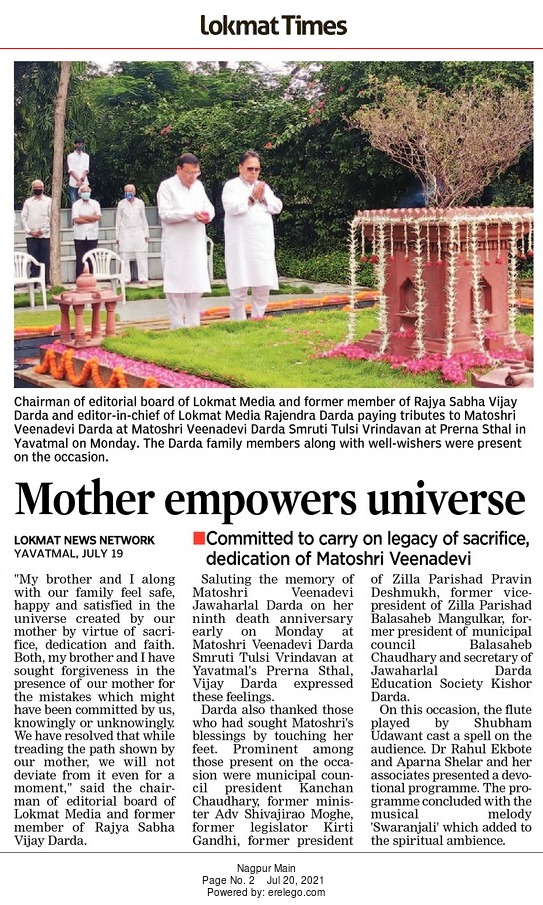